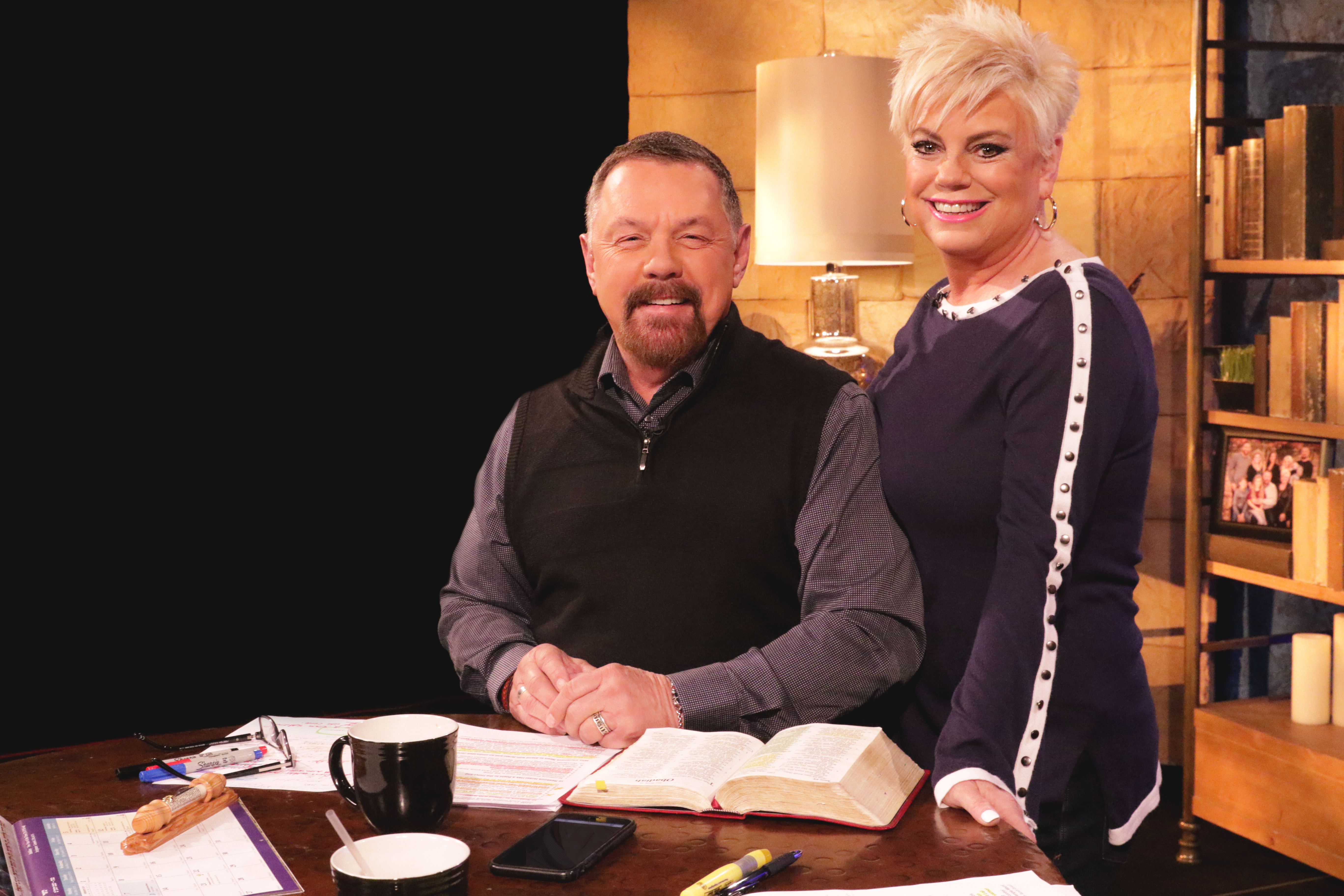 Larry and Tiz Huch are co-pastors of DFW New Beginnings Church in Bedford, Texas, in the Dallas/Fort Worth Metroplex.  Founded in 2004, this non-denominational church quickly developed into a diverse and distinctly multi-ethnic congregation along with thousands of ‘stream’ partners and families around the world that follow them weekly.   These high energy, compassionate and relevant pastors are influential leaders that have a deep commitment to see people succeed in every area of life.

The Huchs’ dynamic ministry spans over forty years and two continents.  Their television program New Beginnings with Pastors Larry and Tiz Huch, is broadcast weekly to millions of homes around the globe.   Pastors Larry and Tiz are both devoted to bridging the gap between Christians and Jews and restoring the church to its Judeo-Christian roots.

Nearly twenty-five years ago, during his first visit to Israel, God supernaturally changed Pastor Larry’s perspective of the Holy Land and showed him how to reread the scriptures through the eyes of a Jewish Abraham, a Jewish Moses and a Jewish Jesus.

As a result, Pastor Larry, along with his wife Tiz, saw the need to share their love of Israel and the Jewish people with Christian audiences all over the world. As an avid student of the Torah, Pastor Larry has built lasting relationships with Rabbi’s and other leaders of the Jewish faith and has authored books helping Christian believers discover the importance of their Jewish roots.

This amazing journey has also led Pastors Larry and Tiz to form meaningful partnerships with many charitable projects in Israel. Just in the past 5 years, with the help of Christian friends around the world who believe in Tikkun Olam, they have donated over 4.5 million dollars toward saving and improving Jewish lives in Israel.

This includes supporting the Bnai Zion Medical Center in Haifa by acquiring emergency medical equipment and funding for the construction of a new underground wing of the hospital. To date they have provided 6 Mobile ICUs to Magen David Adom for making life saving calls throughout Israel and have funded the building of 18 bomb shelters at the Ahava Children’s home in Kiryat Bialak.

Larry and Tiz have long supported Holocaust survivors in Ma’ale Adumim and in recent months have pledged to provide major funding for Holocaust survivors at Yad Ezer Lechaver in Haifa. Their special relationship with Keren Hayesod through Project Aliyah is fulfilling Bible prophecy and is responsible for several thousand Jewish people returning to Israel. Pastor Larry has been honored to serve as an ambassador for Keren Hayesod, speaking at conferences in Singapore and Australia encouraging the support of Israel by Christians leaders and business people.

Pastor Larry's long standing partnership with the Knesset Christian Allies Caucus and Israel Allies Foundation has been a game changer in promoting anti BDS legislation both in America and around the world, in moving the US embassy to Jerusalem and by establishing faith based diplomacy and pro-Israel legislation in nearly 50 nations.

His work to tear down walls between Jews and Christians has accomplished many amazing things but there is still much to do to bring healing, build friendships and achieve unity between our two great religions. He is honored to be recognized here today with this incredible award and will continue to promote his love of Israel and the Jewish people until the coming of the Messiah!

We believe that the Bible, in its entirety is the inspired Word of God and is true. - 2 Timothy 3:16

We believe in One God, as Creator of all heaven and earth who has revealed Himself in the Scriptures.

We believe that the Bible - Genesis through Revelation - is God’s divinely inspired Word.

We believe that Jesus Christ (Yeshua) is the Messiah and the Son of God; and we also believe in His virgin birth, His sinless life, and His miracles. We believe in His complete and atoning death, His bodily resurrection, His ascension to the right hand of God the Father, and in His personal return to this earth in power and glory, and that He is now both Lord and Christ.

We believe in restoring the Jewish roots of the Christian faith; that as believers we are grafted into Israel and the revelation and heritage of Abraham, Isaac, and Jacob through faith in the Messiah. We believe in celebrating Shabbat and the Biblical Holidays and in the importance of restoring the biblical symbols of faith including the Tallit and the mezuzah.

We believe personal salvation and eternal life have been provided for all people through the redemptive work of the Lord.

We believe through the redemptive work of our Lord, our enemy, satan, is a defeated foe. That by the power of the 7 places Jesus shed His blood every sin can be forgiven, every generational curse can be broken and every covenant blessing can be restored.

We believe in the power of Water Baptism and receiving Communion.

We believe in the Baptism of the Holy Spirit as a distinct experience from salvation that is evidenced by speaking in tongues.

We believe that signs, wonders and miracles including divine healing are part of the Redemptive work of the Lord.

We believe every believer is a part of the body of Christ, should be planted in the house of the Lord and participate weekly in church.

We believe every believer is to grow and mature in the things of God including study of the Word, prayer, tithing, serving, good works and living a righteous life.

We believe in the personal return of the Messiah and in a bodily resurrection of the dead; of both the just and the unjust.